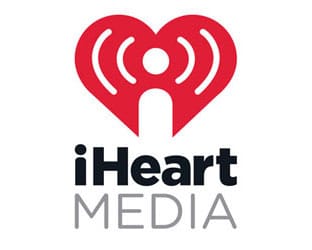 Radio’s largest group, Clear Channel, is no more. The audio content giant is now called iHeartMedia, a name designed to reflect “…the company¹s success in becoming a one-of-a-kind multi-platform media company with unparalleled reach and impact.”

Included in iHeartMedia will be :

* 859 radio stations in over 150 markets, with more than 245 million listeners a month — the largest reach of any radio or television outlet in America

* iHeartMedia Digital, with its more than 90 million digital monthly uniques

* Premiere Networks, which syndicates 90 radio programs and services to more than 5,500 radio affiliates

* 20,000 live music events, all of which generate massive consumer engagement on social media platforms and the largest of which are even televised
* Katz Media Group

Clea…make that iHeartMedia Chairman and CEO Bob Pittman stated, “iHeartMedia reflects our commitment to being the media company that provides the most entertainment to the most engaged audiences wherever they go, with more content and more events in more places on more devices. We have massive consumer reach and influence across our platforms because we know how to program the live content people want to hear, see and share right now, we are the largest mobile media company in existence — more than 60 percent of our broadcast usage is out of home, compared to just 30 percent for other mobile devices  and we deliver more live programming than any other media company today, built on the national and local on-air personalities who are the heart of our powerful broadcast radio franchises.  Combined with Clear Channel Outdoor¹s reach of over half a billion people worldwide across 30 countries and five continents, it¹s clear that no other company can match our reach or broad spectrum of media platforms.”

Commenting on the outdoor segment, iHeartMedia President/CFO Rich Bressler, President and Chief Financial Officer added, “With its continued growth into digital and mobile, Clear Channel Outdoor has tremendous momentum as a leader in the out-of-home advertising industry, and is a more integral part of our company than ever.  We¹re pleased that the Clear Channel brand, with its long history and respected heritage, will continue on in our Outdoor business.”

Pittman noted, “In a world where 2x ROI is judged as successful, Nielsen has shown that radio delivers 6x ROI on average.  It¹s because we combine the power and predictably of mass reach with the immediacy and relevance of live programming and the unique and powerful engagement that consumers have with their favorite radio stations and personalities.”

RBR-TVBR observation: In the back of our minds, we always kind of wondered when something like this might happen.

The name Clear Channel refers back to the earliest days of broadcasting when mega-signal AM stations were created to beam programming, news and information to America’s vast and underserved hinterlands.

Those days are long gone. Now, big clear channel stations, rather than bringing content to rural areas, are seen as impediments to the provision of local content to those areas by smaller co-channel stations forced to turn off the power when the sun goes down.

However, there’s nothing intrinsically wrong with the name Clear Channel, and the thought that occurred to us would likely not occur to the average American. For that reason, there was likely no great urgency to change it.

But change it they have. A major rebranding like this will cost a lot of money – and iHeartMedia clearly feels it will be money well spent, that it represents a – (ahem) — clear channel to the future.