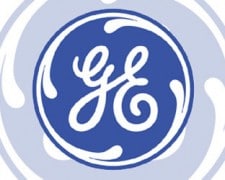 While some have said that NAB is off to a slow start, at least in terms of deal making, there is a bright, shining star, Dave Schutz, President, Hoffman Schutz Media Capital tells RBR-TVBR: “Despite a slow start, there was some guarded optimism from brokers and bankers.  For the first time in 4+ years a bank (GE Capital) held a major reception at Encore.  GE attracted 200+ people from the brokerage, legal and station ownership/management ranks.  The message from the GE people was clearly: ‘We like the broadcast industry, and want to continue to participate in working with.’  Those are words and actions, in the form of a formal reception, we have not heard nor seen around an NAB show in many years.”

RBR-TVBR observation: We’ve been around the broadcasting business long enough to see the cycle more than once. Dave Schutz has attended 35+ NAB shows in his career and it’s obvious in talking to him that some optimism is returning from the lenders this time around. Banks battle to get a piece of the business when the sector is hot, but pull back – way back – if loans start to go bad. But when there’s money to be made they always return – slowly at first, which is where we are now. We may soon see some deal announcements from conversations that started at this first-class event. Kudos to GE Capital!