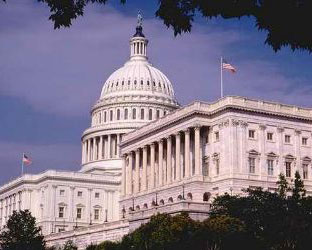 H.R. 3309 has cleared one legislative hurdle – it carried on the floor of the full House of Representatives by a largely partisan vote of 247-174. The bill’s Republican backers believe it will bring transparency and efficiency to the FCC; its Democratic critics believe it will prevent it from carrying out its mission and will tie it in legal knots.

The prevailing Republican sentiment is that the FCC should not be doing anything to hamper investment in the rapid-fire communications industry, and should not use mergers as an opportunity to apply conditions it could not apply through a normal rule-making. Republicans also want a cost-benefit analysis of any proposal.

Democrats believe some mergers present unique circumstances that require special conditions, and also believe that the FCC’s congressionally-mandated mission is to protect the public interest, something the bill would make difficult if not impossible.

The bill worked its way through the House Communications Subcommittee during 2011, and was also accepted earlier in 2012 by its parent Committee on Energy and Commerce. The third approval vote on the floor of the House was expected.

However, it is not expected to go very much further. It is not expected to even be considered in the Senate, where Democrats still hold sway. On top of that, the Obama administration has stated that it opposes the measure and would likely have the veto pen handy if it ever gets as far as the Oval Office.