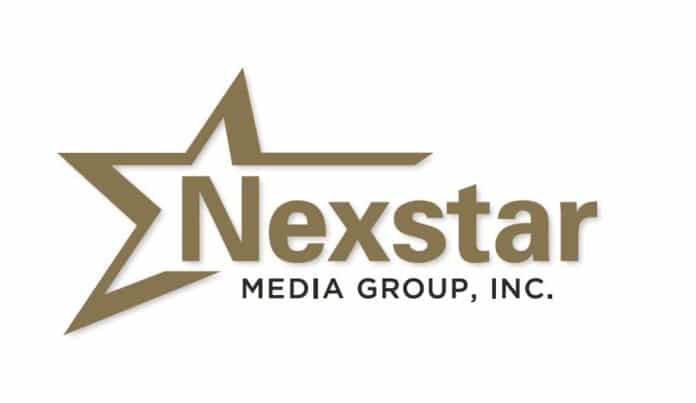 It’s been a great July for Nexstar Media Group shareholders, as the company’s stock has sharply rebounded from a dip to $56.45 seen on May 17 — just 3 1/2 weeks after NXST shares hit $70. In late trading on Thursday, the broadcast TV company’s stock was up some 2.6%, to a level not seen since May 1.

Tomorrow’s trading could be even bigger for Nexstar, which today reached a tentative agreement with Sinclair Broadcast Group “on principles” to coordinate the transition of the over-the-air delivery of ATSC 3.0 next-gen TV services in 97 television markets.

Nexstar notes that the transition from ATSC 1.0 to ATSC 3.0 “is a complicated process requiring coordination and cooperation between in-market television broadcasters.”

The tentative agreement, made pursuant to the companies’ previously announced Spectrum Consortium, includes 43 markets where both SBGI and Nexstar own a television station. It also includes a plan to spearhead the transition for shared “Next-Gen” services in the 54 markets where only one of the companies owns or operates stations.

Once the ATSC 3.0 standard is approved by the FCC, the Spectrum Consortium expects that television stations will be permitted to enter into channel sharing agreements where existing ATSC 1.0 as well as “Next Gen” ATSC 3.0 will be simulcast on different stations’ spectrum.

The agreements between Sinclair and Nexstar will provide that the companies share their spectrum within their markets, with some spectrum remaining as 1.0 and other spectrum migrated to ATSC 3.0 enabled “Next-Gen” services.

To Nexstar, the FCC’s recent broadcast spectrum auction and mandated repack of remaining broadcast television stations “has complicated the process of transitioning to the new technology by eliminating much of the spectrum that was dedicated to free over the air broadcasting.”

As such, the Spectrum Consortium believes that agreed-upon coordination principles are critical to ensuring that a transition to the upgraded technology can occur.

“We look forward to working with Nexstar to enable new and innovative services that add value to the viewers we serve, our advertising clients and our broadcast assets,” Sinclair President/CEO Chris Ripley said. “Sinclair and Nexstar are leading the broadcast industry in this critical technology upgrade and we are confident that through our coordination and mutual efforts we can navigate this transition together.”

Nexstar Chairman and President/CEO Perry Sook added, “Our collaboration with Sinclair demonstrates Nexstar’s commitment to making ‘Next-Gen’ television a reality for the communities and businesses we serve across America. Our research and analysis indicates that this market-based solution to the transition is a win for broadcasters and for television viewers who will soon have access to the enhanced over-the-air services that this new technology can bring, which will enable us to remain highly competitive in today’s multi-platform environment.”

Specific market roll-out schedules and sharing arrangements are in development in anticipation of the FCC approval of the new ATSC 3.0 standard by Q4 2017.

For a full look at today’s ups and downs for media companies with publicly traded stock, simply visit the homepage of RBR.com and visit our Wall Street Report. Our stock ticker is updated in real time, giving you a live look at U.S. financial markets.