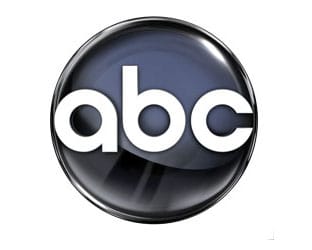 Opposite another big Sunday Night Football game (Philadelphia Eagles-Dallas Cowboys) and a huge NFL primetime overrun on CBS, ABC grew its Sunday numbers week to week and beat out Fox on the night 3.1 million viewers and by 24% in Adults 18-49.

Gaining 12% in viewers week to week during the 7 o’clock hour against the NFL overrun, ABC’s America’s Funniest Home Videos posted its most-watched broadcast of the season to pull in its biggest audience in nearly 9 months – since 3/14/12.

At 8pm, the fall finale of ABC’s Once Upon a Time surged over its Adult 18-49 lead-in (+94%) to rank #1 against its non-sports competition and stand as Sunday’s highest-rated scripted broadcast series.  In addition, the ABC drama stood as the #1 TV program in its time period for the 2nd week in a row with key Women (W18-34/W18-49).   ABC’s Once Upon a Time scores substantial gains via time-shifted playback, spiking over its preliminary numbers by 3.1 million viewers and by 1.4 Adult 18-49 rating points (+42%) in the final L+7 Day ratings.

Up week to week in the 9 o’clock hour among Adults 18-49 (+9%), ABC’s fall finale of Revenge beat out its NFL-fueled competition on CBS (Amazing Race/The Good Wife) by 9% and topped Fox’s animated comedies (Family Guy/American Dad) by 20%.  In fact, the ABC sophomore outdelivered  CBS’ competing drama The Good Wife for the 9th straight telecast this season.  Like its lead-in, Revenge surges in TV playback this season, jumping by 3.0 million viewers and by 1.3 Adult 18-49 rating points (+48%) from its first-reported numbers to its L+7 ratings.