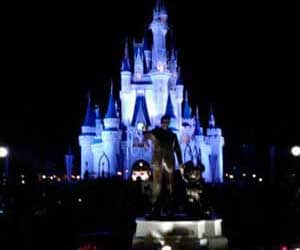 How bad is the COVID-19 pandemic damage on one of the world’s biggest and most influential media and entertainment businesses?

It’s pretty disappointing, as The Walt Disney Co. failed to meet Street expectations with respect to the net income it reported Tuesday (5/5).

With its theme parks around the globe shuttered and film production grinding to a halt, there’s much concern that Disney will be extremely impacted by the novel coronavirus.

For Disney’s direct-to-consumer and international segment, which includes the Disney + streaming platform, an operating loss of $812 million was seen.

Operating income from its parks and consumer products business dipped to $639 million, from $1.51 billion a year.

And, as IBD reports, media networks revenue rose 28% to $7.26 billion. However, advertising revenue was down due to lower average viewership.

But, not all was bad for Disney, as overall revenue climbed by 21% to $18.01 billion. This surpassed Street estimates of $17.8 billion.

The results sent Disney shares under $100 in early after-hours trading on Tuesday.