As Sunday, October 18, came to a close on the East Coast of the U.S., it became very clear that Sinclair Broadcast Group had apparently become the latest owner of radio and/or TV stations to become victim of a crippling ransomware attack.

With cybersecurity concerns bigger than ever for broadcast media, expert Steve Morgan‘s upcoming Forecast 2022 appearance couldn’t be more timely to tackle the subject.

From Sinclair to Cox Media Group, Audacy, Townsquare Media, Urban One and smaller broadcast media companies such as Max Media of Norfolk, Va., and Bicoastal Media, in the Pacific Northwest, cyber adversaries are wreaking havoc at some broadcast media companies, catching them off-guard and ill-prepared. Learning how the cyber adversaries do it and discovering why people and companies remain largely in the dark about cybercrimes could be one of the biggest opportunities of the year.

Morgan is the founder of Cybersecurity Ventures and Editor-in-Chief at Cybercrime Magazine. At Forecast 2022, he’ll chat with WABC-AM in New York talk show host Juliet Huddy for a provocative interview delivered free of technobabble.

Morgan has written more than 500 articles for Forbes, CSO, and others. He is co-author of the book “Women Know Cyber: 100 Fascinating Females Fighting Cybercrime” and named on numerous lists including LinkedIn’s 5 Security Influencers to Follow, Onalytica’s Who’s Who in Cybersecurity, and the Top 100 Cybersecurity Influencers at RSA Conference. 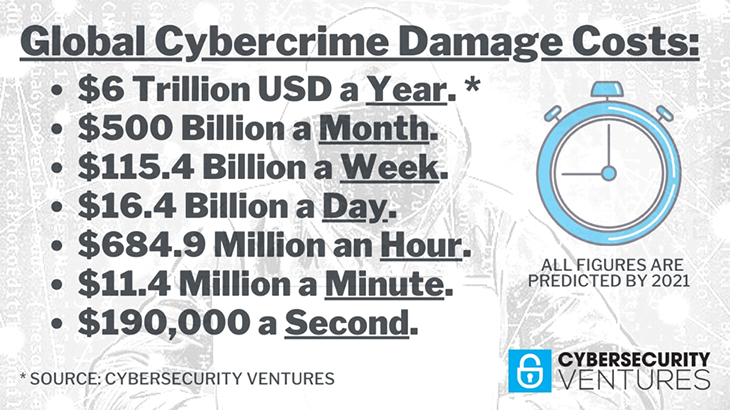 “The value of a business depends largely on how well it guards its data, the strength of its cybersecurity, and its level of cyber resilience,” Morgan says.

Don’t miss this opportunity to hear what Morgan has to say.

Make your plans to day for Forecast 2022, November 16 at the Harvard Club in midtown Manhattan.

Forecast 2022 explores the most critical challenge facing business and industry today — cyber security — with a session packed with information you need to know and answers to questions you have – or should have.

Seating is limited. Register today for Forecast 2022 and take advantage of early bird pricing. Registration include admittance into the Broadcast Leadership Reception honoring the 2021 Top Radio and Television Leaders. Always a great networking event, this may be a one-of-a-kind opportunity this year!