A new analysts released Wednesday by the National Association of Latino Elected and Appointed Officials (NALEO) Educational Fund, in partnership with NBCUniversal Telemundo Enterprises, shows that self-response rates in states with large Latino populations are lagging behind the rest of the U.S.

As a result, NALEO and Telemundo are teaming up to increase the Latino Census count.

A joint day of action is being held across June 17. It features live phone banks designed to help increase Latino self-response rates in the 2020 Census.

NALEO Educational Fund and Telemundo are also spending Wednesday engaging with consumers through digital and direct marketing targeting efforts to help raise awareness about the importance of participating in the decennial census.

Additionally, Puerto Rico, while outside of the continental United States, currently has a self-response rate that is 18.9%.

As these six states account for two-thirds of the national Latino population (around 38,212,504), targeted efforts within their respective media markets can have positive effects on increasing Latino participation nationwide.

These target areas include the following: 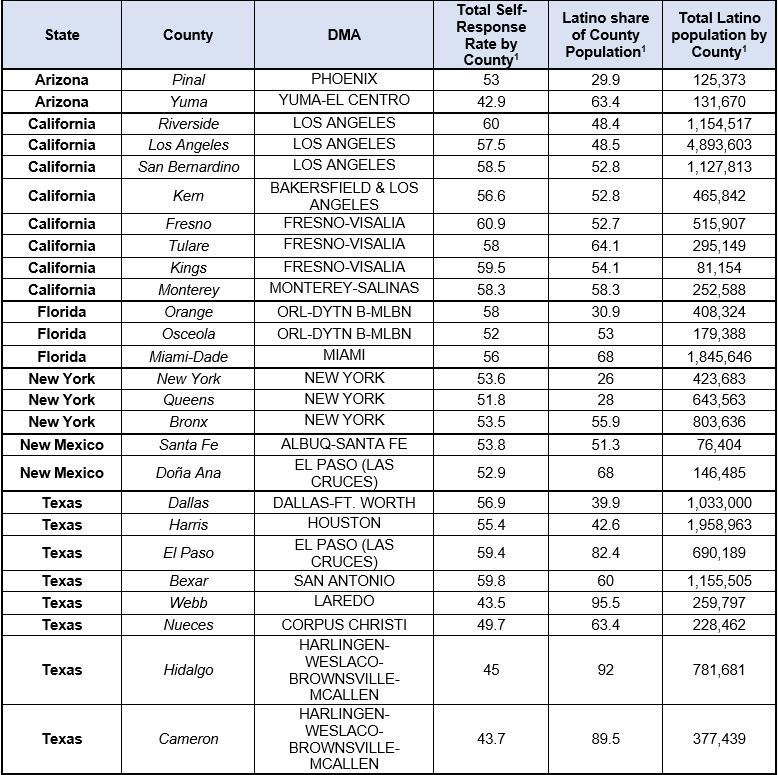 Furthermore, areas with large Latino populations, like Puerto Rico and regions within the six targeted states in this joint media effort, are enumerated by Census Bureau operations that have been affected and delayed by COVID-19, exacerbating existing barriers to Latino participation.

“As these operations adjust and resume amid the pandemic, partnerships between Spanish-language media and nonprofits are critical to increasing Latino self-response rates,” NALEO and Telemundo noted.