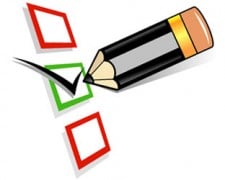 Dissidents have failed in their effort to get a US District Court to block the membership vote on whether to merge the Screen Actors Guild (SAG) and the American Federation of Television and Radio Artists (AFTRA). Union leaders have already called a news conference for Friday (3/30) to announce the results.

Federal Judge James Otero denied the motion by the plaintiffs, led by actor Martin Sheen, for a preliminary injunction against the ballot counting. According to a release sent out by SAG, the judge said, in part: “Voting in favor of merger may or may not be in the best interest of the majority of Union Members. But the decision, for better or worse, belongs to the Members – not to Plaintiffs, and certainly not to the Court.”

The judge held that the dissidents had failed to demonstrate that the merger was likely to diminish health and pension benefits for members of the two unions, which had been the main claim of merger opponents. The lawsuit remains active, but with no injunction the ballot counting and likely merger will go forward.

“We are pleased with the court’s action denying the requested injunction and dismissing one of the plaintiff’s major claims in this matter. We are also gratified that the court has indicated that the plaintiffs are unlikely to prevail on their other claims. It has been our position all along that these complaints were completely without merit and that the members will ultimately decide the future of their unions,” said SAG Deputy National Executive Director and General Counsel Duncan Crabtree-Ireland.