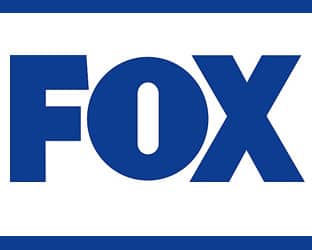 And can anyone blame them? News Corp. President/COO Chase Carey told an NAB Show audience that, while they and other broadcast networks will keep pouring money into legal action to stop Aereo and other streaming services from retransmitting their local affiliates’ signals without permission or compensation, the company is  prepared to take its broadcast network off the air and convert it into a pay cable channel.

Aereo uses tiny antennas to capture broadcasters’ over-the-air signals which it then streams to local subscribers. It does so without TV stations’ permission, and without paying them anything. Broadcasters say that violates their copyrights.

Last week a U.S. Appeals Court rejected the industry’s plea to shutter Aereo during the trial over that claim.

We have no choice but to develop business solutions that ensure we continue to remain in the driver’s seat of our own destiny. One option could be converting the Fox broadcast network to a pay channel, which we would do in collaboration with both our content partners and affiliates. News Corporation has a long-standing commitment to the broadcast television business, and to delivering the highest-quality entertainment, sports and news  programming to our viewers on a localized basis. We are committed to broadcasting under a business model where programmers receive fair compensation from parties that want to redistribute our product while continuing to make our product available for free to individual consumers that want to access our signal.

We believe that Aereo is pirating our broadcast signal. We will continue to aggressively pursue our rights in the courts, as well as pursue all relevant political avenues, and we believe we will prevail.

That said, we won’t just sit idle and allow our content to be actively stolen. It is clear that the broadcast business needs a dual revenue stream from both ad and subscription to be viable. We simply cannot provide the type of quality sports, news, and entertainment content that we do from an ad-supported only business model. We have no choice but to develop business solutions that ensure we continue to remain in the driver’s seat of our own destiny. One option could be converting the FOX broadcast network to a pay channel, which we would do in collaboration with both our content partners and affiliates.”

Virginia Lam repsonded: “Aereo has invented a simple, convenient way for consumers to utilize an antenna to access free-to-air broadcast television, bringing television access into the modern era for millions of consumers. It’s disappointing to hear that Fox believes that consumers should not be permitted to use  an antenna to access free-to-air broadcast television. Over 50 million Americans today access television via an antenna. When broadcasters asked Congress for a free license to digitally broadcast on the public’s airwaves, they did so with the promise that they would broadcast in the public interest and convenience, and that they would remain free-to-air. Having a television antenna is every American’s right.”

RBR-TVBR observation: Obviously, Carey sees the huge domino affect a legal Aereo would have on broadcasters — so much so they may be willing (with their affiliates) to forego traditional retrans. fees. A legal Aereo could eventually prompt the MSOs to challenge the existing must-carry laws based on unfair competition.

Cable might side with broadcasters on this — it gives Aereo a competitive edge, being able to deliver local broadcast without paying the same fees cable has to – if it weren’t for the possibility that cable may want Aereo to succeed and perhaps pave the way for their its emancipation from must-carry.

It broadcasters fail in court, Congress would likely be the venue of last resort. That goes for cable as well regardless of what happens with Aereo – try as they have to get the FCC involved in retrans, the Commission has steadfastly maintained it is bound by the will of Congress per the Cable Act of 1992.

What is clear is that Aereo is disrupting the model set in place by Congress and relied upon by broadcasters for over 20 years. This battle is not over.