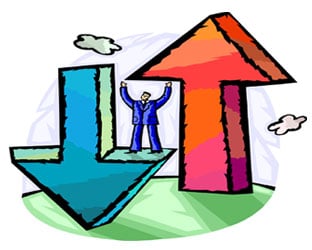 Spending is up, and unemployment filings are down. Both stats point to an improving economy as 2014 winds down – just in time for the holiday gift-giving season. An increase in the Deloitte Consumer Spending Index for August signals coming improvements in the economy.

Deloitte’s Daniel Bachman said, “A notable decrease in initial unemployment insurance claims helped push the Index up. An improving labor market can be a boon to consumer confidence. If these trends continue, there is a strong likelihood that we could see an acceleration of economic growth in the latter part of the year.”

Alison Paul, vice chair of Deloitte LLP, noted the beneficial timing. “The uptick in the Index suggests optimism as retailers anticipate the all-important holiday shopping season. These economic fundamentals along with lower gas prices may encourage consumers to pick up their spending in the months ahead.  Retailers should take a closer look at inventory with this optimism in mind to get an early read on what’s hot – both in store and online, in case they need to pull some last minute levers to replenish merchandise.  Retailers should also assess their cyber security levels as attackers may be especially motivated to be more aggressive during peak periods like the holiday season.  Retailers will not only need to be vigilant about suspicious activity, but prepared to quickly address and recover from any incidents.”

Tax Burden: The tax rate continues a steady hold at 11.7 percent, showing a marginal increase from the prior month.

Initial Unemployment Claims: Claims decreased notably this month to 296,000, and furthermore were down 10.5 percent from the same period last year.

Real Wages: Real hourly wages increased slightly to $8.80 this month, a slight 0.3 percent up from the same period last year.

Real Median New Home Price: New home prices continue to fluctuate as they fell 3.8 percent from the prior month to $113,000.

RBR-TVBR observation: We don’t need to tell you that it’s not too early to be pitching your station as the holiday pre-season revs up.