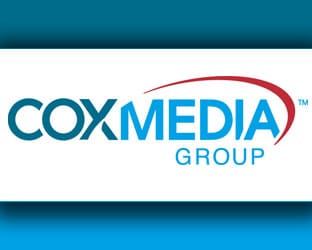 Weekday mornings from 6– 10 a.m. will continue to be anchored by Tampa Bay’s top-rated morning host Bubba The Love Sponge. Following Bubba at 10:00 a.m. ‘til noon will be In Your Face With Drew Garabo. The show will be a topic driven, caller intensive show in line with the fearless opinions of the entire radio station.  Hosting a fresh new all-talk show will be something different from his current morning show on WSUN-AM, but not foreign to Garabo. Prior to moving to Tampa, Garabo hosted a popular Orlando based FM talk show for 11 years.

At noon, the fearless conversation continues with The Billy Madison Show. Billy Madison and co-host Derek Allgood, along with cast members Chubbs and Nard, deliver fast paced and hilarious conversation to break up the mid-day.  Billy and his cast host the top rated daily morning show bearing his name in San Antonio and will deliver a live Tampa Bay based show on The Bone weekdays from noon – 3 p.m.  “I used to just listen to Bubba and Cowhead. Now to be on the same station with them is just frickin’ huge,” said Madison.

Tampa’s favorite afternoon drive personality, Mike “Cowhead” Calta, will continue his top rated show from 3 -7 p.m. The Cowhead Show has been a staple on The Bone for over six years.

Kicking off the weeknights is a show that is ready for prime time – Spice…Live! Longtime cast member of Bubba The Love Sponge Show will move into the driver’s seat and host his own show weeknights from 7 p.m. – 10 p.m. Spice’s show will be a blend of pop culture, entertaining talk, and biting sarcasm met with a dose of reality. ”I want to thank Bubba & the crew for an amazing experience and thank them for their support,” Matt “Spice” Loyd said, “Over the last 15 years we became more than co-workers, we are Family. I’ve learned a lot and I hope to bring that experience to my own show. Having an FM talk show is truly a dream come true.”

To wrap up the day, The Nick and Artie Show will make its Tampa Bay debut Monday night and air weeknights from 10 p.m. – 1 a.m. Sports talk radio has been turned on its ear with “The Nick and Artie Show,” a manic, late-night look at the world of sports and entertainment from the perspective of two fans, who also happen to be hilarious stand-up comedians. The nationally-syndicated radio show features Artie Lange, best known for his work on MADtv and the Howard Stern Show; and Nick DiPaolo, who has made frequent appearances on the Stern show and Comedy Central.